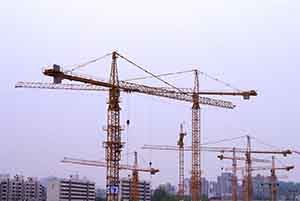 Crane safety again came into question again at a California refinery. On Monday, June 20th, a 300-ton crane collapsed at a Torrance, CA Exxon-Mobil refinery. The cause of the incident has been identified as human error, on the part of the crane operator. In its collapse, the crane struck nearby equipment and injured three employees. The event triggered a release of flammable vapors, which were promptly eliminated.

This collapse is just the latest in a series of accidents involving a breach of crane safety, including a February 2015 explosion, which shut down production of gasoline at the refinery, for over a year. The refinery is currently in a transition of ownership to New Jersey-based, PBF Energy, which agreed to purchase the plant last year for $537.5 million under the agreement that all damages stemming from the 2015 explosion were repaired. The sale is continuing as planned, according to an Exxon-Mobil report.

According to an unofficial report, gathered at the site, the crane collapsed at 9:11 a.m., as the 165-foot-high tool worked to lift demolition debris. As a result of the fall, nearby fuel and steam lines were struck and, subsequently, began to leak. In protocol response to such a leak, the refinery began issuing flares in an effort to eliminate the released vapors and stabilize the site. Refinery fire-brigade members were dispatched to the site and assisted in water disbursement of the leak. The incident was contained by roughly 9:30 a.m. that same morning. Torrance Fire Department Battalion Chief, Bob Millea, said, “There is no active leak at this time and no off-site impact.”

Cal-OSHA officials have confirmed that they are conducting further review and investigation of the incident involving the crane safety incident. City Assemblyman, David Hadley, issued a press release requesting a copy of the Cal-OSHA interim report on the crane collapse as soon as it is available, saying, “I want to ensure that my staff and I understand what ExxonMobil is doing to proactively improve the safety of personnel at the refinery, and I also want to ensure that Cal-OSHA is performing its regulatory and oversight roles effectively.” OSHA has been working diligently on new rules and guidelines for crane safety in construction and other industries.

Safety management is a crucial consideration for those supervisors who manage worksites which utilize heavy equipment and/or potentially poisonous or combustible chemicals.