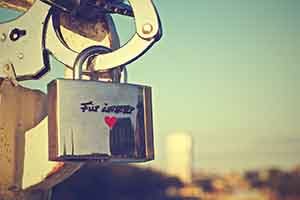 The U.S. Department of Labor’s Occupational Safety and Health Administration has issued citations to Ireland-based food and beverage company, Kerry Inc., for multiple violations involving lockout/tagout protocol at one of their Melrose Park, Illinois facilities. Kerry, a multi-billion-dollar company, operates facilities on six continents and employs more than 20,00 employees, worldwide. The company’s U.S. headquarters are based in Beloit, Wisconsin.

On Dec. 5th, 2016, the agency processed citations for one repeated and two serious violations, stemming from an injury where an employee’s forearm became stuck in a machine and was fractured in multiple places. This injury came only six weeks after a previous employee suffered an amputation at the same facility, from a similar injury. In both incidents, federal safety inspectors found that the company failed to institute the lockout/tagout protocol with their employees, a process which isolates operating parts as a measure of safety for workers operating machinery.

The injury occurred on September 27th, 2016, when the 52-year-old worker was performing routine maintenance on a dough machine. The machine’s mixing blade began rotating unexpectedly and fractured the worker’s arm.

For those violations processed, OSHA proposed penalties of $86, 942.

OSHA’s Chicago North area director, Angeline Loftus, said, “The tragic loss of one employee’s hand failed to serve as a catalyst for Kerry to re-evaluate its machine safety procedures. Subsequently, the lack of such procedures caused a second worker to suffer severe injuries. The injuries suffered by these employees could have been prevented if their employer had followed required safety procedures to isolate energy to machines before allowing workers to service them. Kerry needs to make immediate changes to its safety procedures to protect its workers on the job.”

The lockout/tagout protocol procedures is among one of the most basic protocols in any industry which utilizes worker-operated machinery. Many injuries, especially those which are repeated, are avoidable through the implementation of basic protocols. One resource that safety leaders can utilize, to that end, is an OSHA-approved online training course.