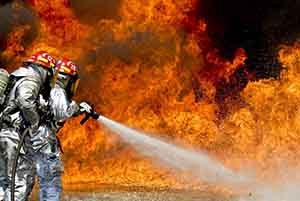 On December 15, 2016, the United States Department of Labor’s Occupational Safety and Health Administration has issued serious safety violations to oil well operator, XTO Energy, and two servicing companies, Most Wanted Well Service LLC and Sherwood Enterprises Inc., following a well flash fire that resulted in the death of a 52-year-old and the serious injury of three others at a Watford City, North Dakota well-site. These violations come after a June 18, 2016 investigation and yield results that show a failure to maintain chemical integrity during drill equipment repair, along with a failure to provide workers with adequate flame-retardant clothing. OSHA has proposed penalties totaling $24,942 for the respective offenses processed to all culpable parties involved.

The aforementioned incident occurred while workers were troubleshooting a malfunction with the drill-string. During this repair, a release of hydrocarbons resulted in an explosion and subsequent well flash fire. A 52-year-old worker, employed by Most Wanted Well Service, suffered burns and fatal fall-injuries. Two other workers, also employed by Most Wanted, suffered burn injuries. A forth worker, employed by Sherwood Enterprise, also suffered burns while operating a service rig and tripping pipe in a snubbing operation, outside of the well. In all, three of the workers suffered serious burns while the forth died, as a result of his fall.

OSHA Bismarck area director, Eric Brooks spoke out about the well flash fire aftermath, “Employers who are directly involved in well servicing operations must coordinate their actions to ensure well-control is maintained at all times. Failing to do so can result in catastrophic consequences, such as this case, where one man lost his life and three others suffered debilitating burns. Communication between the host employer and all contractors is critical in working safely, at any site.”

Maintaining adequate hazardous material protocol can mean the difference between life and death. This is clearly exhibited in the case of this chemical well-breach. One resource that safety leaders can utilize to maintain compliance and, thusly, the safety of their employees, is an OSHA-approved HAZWOPER training course.