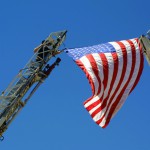 On the eve of the eleventh anniversary of the attack on the World Trade Center the National Institute for Occupational Safety and Health (NIOSH) announced that new federal rules have expanded the list of diseases covered by the health care fund for September 11 first responders. The list now includes certain types of cancer. NIOSH made the changes after reviewing scientific evidence which suggests that toxic dust and fumes from the buildings are linked to diseases, including cancer.

In a statement released by NIOSH late Monday afternoon Dr. John Howard said, “The publication of this final rule marks an important step in the effort to provide needed treatment and care to 9/11 responders and survivors through the WTC Health Program.”

U.S. Senators Charles Schummer and Kirsten Gillibrand said in a joint statement, “We fought long and hard to make sure that our 9-11 heroes suffering from cancers obtained from their work at Ground Zero get the help they deserve.”

Workers with diseases added to the list will now be eligible for coverage from the $2.7 billion compensation fund.