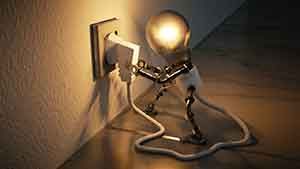 Massachusetts-based Wayne J. Griffin Electric Inc. recently appealed multiple citations issued by the United States Department of Labor’s Occupational Safety and Health Administration. The citation appeal violations were reviewed and presided over by an administrative law judge of the OSHA Review Commission. The judge found that neither of the two violations which were appealed were able to be reasonably overturned.

The incident which yielded the violations occurred in October of 2014, when a then-employee of Wayne J. Griffin Electric came into contact with energized equipment and was seriously injured, during installation of an electric substation at a New Hampshire work site. An investigation followed the incident and OSHA issued a serious citation in April of 2015, attaching a $14K proposed penalty to the citation. Wayne J. Griffin Electric Company pursued the citation appeal.

Wayne J. Griffin Electric appealed the citation under the premises that:

The judge upheld the serious nature of the violations and denied the citation appeal.   The judge did ultimately lower the penalty, ruling that $7,000 would suffice as an updated penalty.

The judge said, “I find that Griffin did not exercise reasonable diligence to ensure its employees were not working in proximity to an energized circuit. Griffin provided no evidence that it could not comply with the cited standard’s requirement or that it took reasonable alternative steps to protect its employees who were exposed to the hazard.”

Citations related to employee injury or non-compliance are rarely overturned and can ultimately prove costly to appeal, once court fees are factored in. One resource that safety leaders can utilize to ensure compliance and maintain the safety of their respective employees is an OSHA-approved online training course.