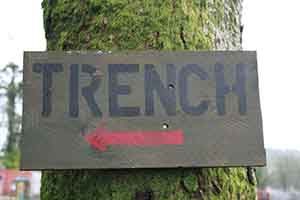 The violations occurred at a Brandon, South Dakota excavation site, where a Sioux Falls contractor was working in a 16-foot trench. During his work, a large amount of dirt fell into the trench box in which the man was positioned, and the trench collapsed upon him. The worker was working to install sewer lines at a Brandon, South Dakota cite. This incident prompted OSHA to conduct an inspection of the site. Accounts rapidly pointed to lack of proper training and procedure involving trench safety.

Upon inspection, OSHA found that the following violations existed regarding trench safety:

OSHA Sioux Falls area director, Sheila Stanley, said, “Kempf Construction’s failure to adhere to OSHA standards to protect workers in trenches has resulted in debilitating injuries to this man. They will likely affect him and his ability to make a living for the rest of his life. In 2016, more than two dozen workers were injured and at least 22 (were) killed in trenches, nationwide. Trench deaths have, more than, doubled since 2015. This is an alarming trend that must be halted. Excavating companies need to re-examine their safety procedures to ensure they are taking all available precautions – including, installing trench boxes, shoring, and other means to prevent unexpected shifts in the soil that can cause walls to collapse.”

Excavation and trench safety construction work presents a number of latent dangers, namely fall-hazards and collapses. For this reason, it is incumbent upon safety leaders to utilize a reputable resource, to ensure the safety or their employees and proper compliance with OSHA standards. Effective training and education can make the difference between life and death.