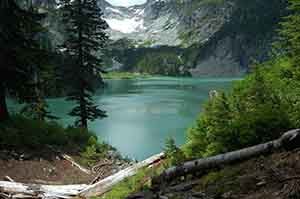 Washington safety training programs and resources are provided in accordance with the Department of Labor and Industries, Division of Occupational Safety and Health (DOSH).  The main office is located in Tumwater, Washington.  Washington has an approved state plan with OSHA originally adopted in January of 1973.  The plan was certified in 1982.

In general the Washington safety plan through  DOSH covers state and local government workers but does not cover federal government workers, including USPS.  Federal OSHA covers the issues not covered by the Washington State Plan. It covers the private sector workplace with exceptions noted in the state plan itself. Note that Federal OSHA retains the authority to promulgate, modify, or revoke occupational safety and health standards under Section 6 of the OSH Act. In the event that federal OSHA resumes enforcement, those federal standards will be enforced. Federal OSHA also retains the authority to monitor the State Plan under Section 18(f) of the OSH Act.

The Washington State Department of Labor and Industries is a broad agency with responsibilities in occupational safety and health. The organization also handle licensing, insurance claims, complaints and workplace rights.  Washington safety law starts with the Washington Industrial Safety and Health Act of 1973 (WISHA). It is a statute that empowers the Labor and Industries agency to create and enforce safety and health regulations. In many cases the Washington safety laws are more stringent than federal OSHA laws.

The agency has created a concise page explaining the relationship between OSHA, WISHA and DOSH.

Check out all of our Online Safety Training Courses and obtain your OSHA Wallet Card Today!